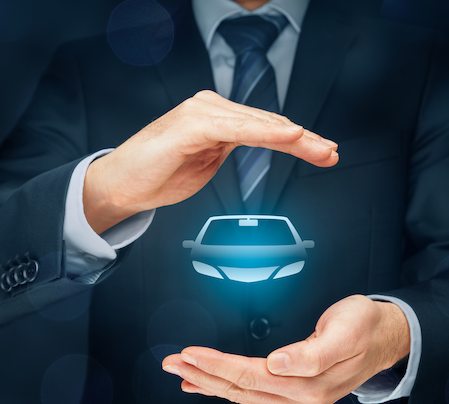 This is the final entry in a set of three posts – you can see the first on Reducing the cost of manual claims handling here and the second on Fast-tracking disability claims here. Each post is a real-world story that illustrates the importance of handling your claims effectively, not just efficiently. Digitizing your process may mean you can process a claim more cheaply, but you also need to pay the right claims, the right way. This means investing in digital decisioning – a proven way to reduce fraud and waste, assign the right people and improve loss ratios. Often, as in this case, that’s by applying machine learning.

If there’s one type of insurance claim that most people are familiar with, it’s auto claims. Most of us have had some kind of auto accident over the years and had to make a claim to get our car repaired or replaced, and to keep ourselves mobile in the meantime. Auto claims are common, high-volume claims that generate lots of data for analysis. But auto claims are also time sensitive – people need their mobility back quickly.

One auto insurer we worked with was concerned that they were declaring too many cars to be a total loss. Each time an auto claim is made, the insurer must compare the price of repairing the car with simply declaring it a loss, a write-off, and paying the owner its value. This involves estimating the value of the car as it was before the wreck as well as the cost of towing and repair. And the incidental costs of delay must be considered too as most policies rent a replacement car for the policyholder.

This insurer found they were much more likely to declare a car that had been involved in an accident a total loss than industry norms would suggest was necessary. They wanted to know if all the data they had could be used to improve the accuracy of this decision, reducing the number of total loss declarations and reducing their costs as a result.

As always, we began with the decision in mind. We analyzed the decision they made about repair v total loss. As we did so, it became clear that improving the accuracy of this decision would have marginal impact on overall costs. The problem was that the decision happened at the very end of their claims process – long after all the costs for renting a replacement, towing the damaged car, getting repair estimates etc. had been incurred.

But all was not lost. It was also clear from the data that it was possible to predict if a car was likely to be declared a total loss. Using data available early in the process about the make of car and type of accident, machine learning could be used to predict the likely cost of repair. This could be combined with established rules for calculating the current value of the car and historical averages for things like towing and rental to come up with a comparison of total loss to repair.

We proposed adding a new decision early in the process, immediately after the accident was first reported (First Notice of Loss). At this point no money has been spent on handling the claim. If a correct decision could be made that a given car would be declared a total loss, then the customer could be paid the money and significant rental and towing costs could be saved. Adding this second decision allowed the insurer to add a cheap process to quickly pay the owners of those cars likely to be a total loss.

Perhaps the most important result was how this changed the discussion around machine learning. Instead of the usual business/data science tension, the clear description of the decision and how it would need to affect the process allowed for a shared understanding. The business owners could do an analysis of the accuracy they would need out of the machine learning model such that the savings would exceed additional costs incurred when cars that could have been cost-effectively repaired were instead declared a total loss. With a clear target in mind, the data science team was able to build an accurate-enough model that predicted total repair costs using a combination of external data and First Notice of Loss data.

This model could be integrated into a decision so that claims that were sufficiently likely to result in a total loss declaration could be handled using the quick, cheap version of the process, eliminating costs and paying customers immediately. By investing in machine learning where it would make the most difference, and by focusing on the decision explicitly, the team was able to reduce their overall costs and improve their customer service.

You can learn more about how digital decisioning can improve your claims handling by watching a recording of our CTO, Ryan Trollip, talking about claims automation with our partner Red Hat. As always, please do contact us with any questions about how we could help you with your process.